Since I've been preparing for/entertaining company for the past week, I've not been doing many paper crafts.
After cleaning, doing laundry, and getting the house in order today; I sat down to do a little cardmaking.
Mom brought me the August/September 2009 Country Woman because it had a craft in it she knew I would love.........it's simply "A Door-able!"
That is what I chose to make today.....here's the photos:
(For some reason the photos make the doors look a bit bent, they aren't in real life) 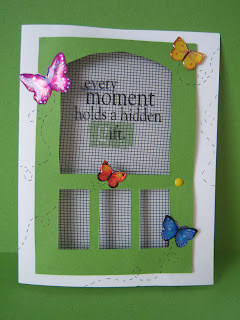 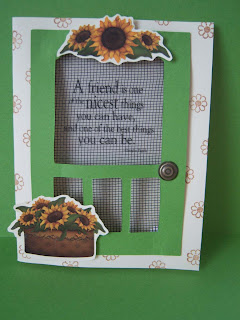 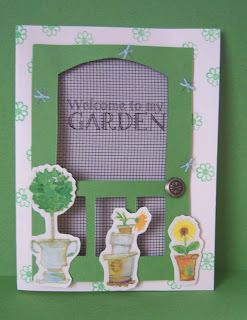 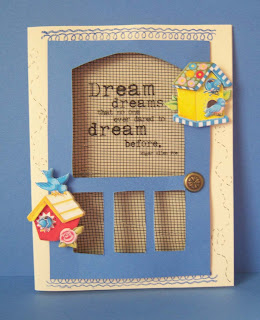 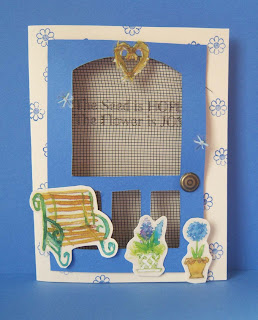 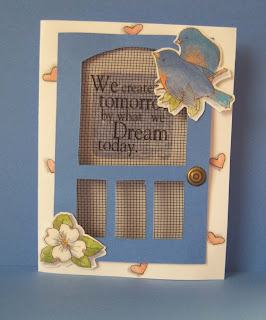 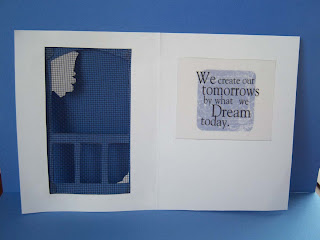 Being that my husband works part time at a hardware store I was able to get a LARGE piece of screen for free. It just so happened that the day I ask him to buy me a piece there, one of the other employees messed up when recovering a window. Wayne saw this big piece of screen in the trash can and ask the boss if I could have it.

I checked the Country Woman website to see if there was a pattern to share, but there wasn't. Since it is a current issue there is still time to buy one, or it would be fairly easy to draw one as most of the openings are made of straight lines.
Of course if you live nearby I'll let you trace mine if you're interested!
Posted by Esther Asbury

Those are so cute!! How hard is window screen to cut? (My husband will think I've gone completely crazy now ...) :)

ohhhhhhhhhh I love it...